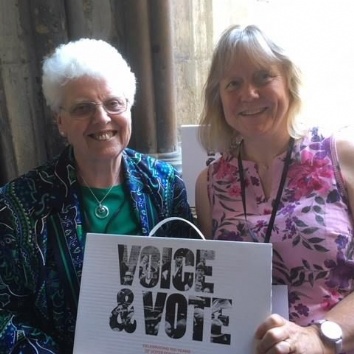 Vote 100 - Celebrating a Hundred Years of Votes for Women

Devonport High School for Girls is honoured to be one of a small number of select educational establishments to be profiled in the official History of Parliament Trust Vote 100 commemorative album. This accolade is in recognition of the school's academic record as well as its commitment to creating happy, confident young women with an international perspective.

A century ago this year, Parliament passed the Representation of the People Act 1918 – a package of electoral reforms that extended the vote to women for the first time. As part of the 100th anniversary celebrations, publisher St James’s House has partnered with the History of Parliament Trust to produce the official commemorative album for the Vote 100 anniversary campaign, entitled Voice & Vote.

St James’s House is an award-winning custom publisher that has produced official publications for The Queen’s 90th Birthday, the Thames Diamond Jubilee, the Prince Philip Trust Fund, the Royal Navy and the Royal Air Force.

St James’s House CEO, Richard Freed, said, “Equality is one of the most important values underpinning our society, and we are extremely excited to be producing this official commemorative album for the History of Parliament Trust.”

The launch took place at 6pm on 27th June at Westminster Abbey and as one of the editorial contributors to the book, representatives from Devonport High School for Girls, Mrs Wiltshire (DHSG retired International Coordinator) and Mrs Westcott (Chair of Governors) attended this prestigious event.