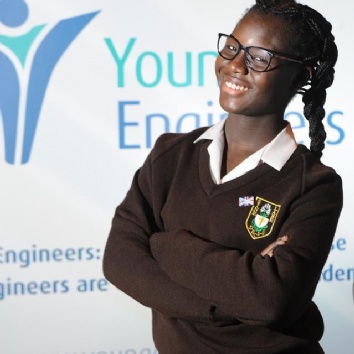 DHSG student Anjola Awe won the Broadcom Masters UK 2017 STEM competition last week at an event in Birmingham with her project on the Science of Language Development.

Attached is a photo of her receiving her award, she is pictured with Greg Foot and Ruth Amos (board of Trustees for Young Engineers and the 2006 Young Engineer for Britain who competed at the Intel ISEF in 2007).

The students were interviewed for 30 minutes whilst they demonstrated their STEM project, discussed their love of STEM, their views on the importance of STEM and how STEM shapes the world both now and in the future. They had to display an ability to be mature and socialise with other students from all ages and walks of life, work together on two STEM projects with the other candidates and prove they would be an asset in representing the UK at the International Science and Engineering Fair. It was a stressful time but Anjola handled it magnificently.

The judges said that Anjola was a genuine credit to her school and a total delight to spend time with. She blew the judges away with her friendliness, her abilities, her social skills and her amazing project.

Congratulations Anjola we are very proud of your achievements.

NB This accolade followed her winning an award at a Language Speaking Competition in Barnstaple that same week! What a remarkable young lady. 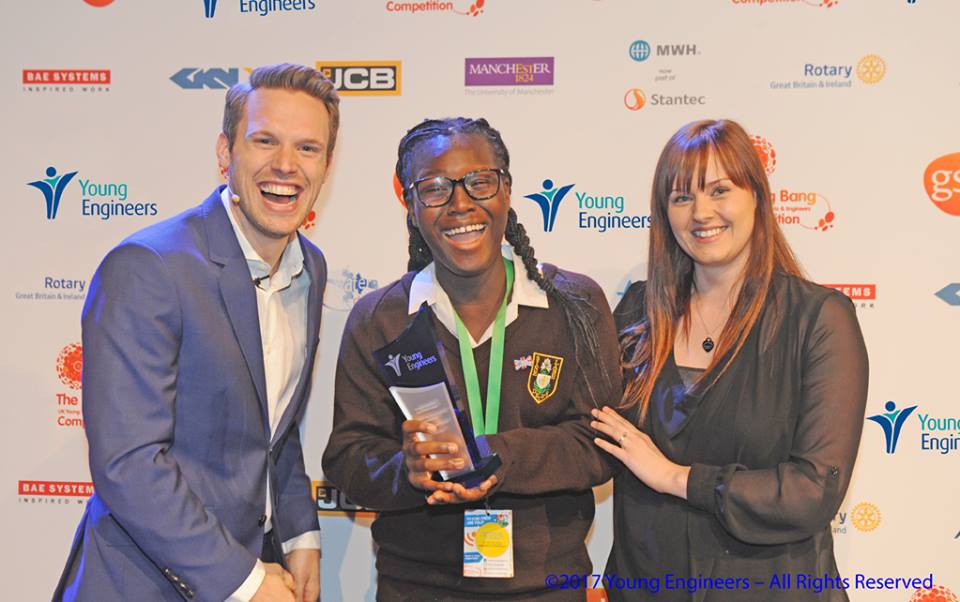