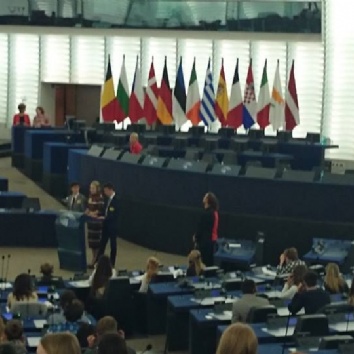 Euroscola Day at the European Parliament in Strasbourg

Fantastic introduction to Euroscola Day at the European Parliament in Strasbourg, with the South West group led by DHSG, introducing their schools and country in THREE languages (the only group to do so). Louis Robertson of PHSG spoke in French, Ellie Flinn DHSG spoke in German and made reference to Brexit - her comments drew huge applause from her peers, and Seb Irving de Andres DHSG spoke in Spanish, hopefully destroying any myths about the Brits inability to speak foreign languages!!! 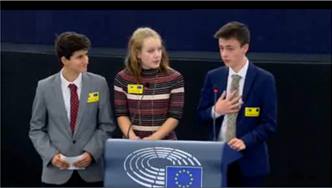 Ellie, Seb and Louis yesterday Euroscola2016 introducing the UK and their schools in 3 different languages Strasbourg.eu